About AEP Forthcoming Productions Other Media

Based on a true story, Doctor Hoffmann’s Magical Bicycle Ride is an animated psychedelic rock opera telling through wacked-out visuals what (may have) happened when Dr. Albert Hoffman tested a new substance he'd developed called "LSD-25" by taking an (unintentionally) large dose and biking home from his lab.

Featuring songs inspired by the first-wave psychedelia, groups such as Tomorrow, the Thirteenth Floor Elevators, the Electric Prunes, and The Pink Floyd.

An early draft of the project in novella form is here. 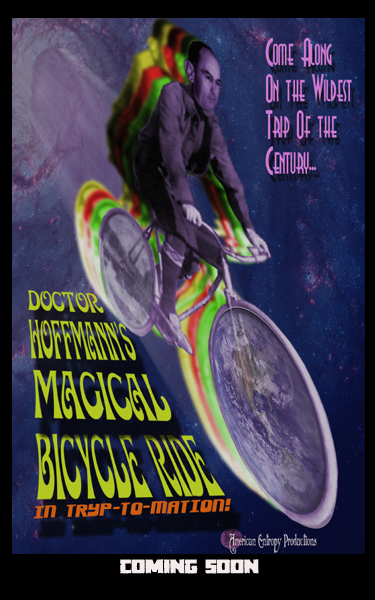